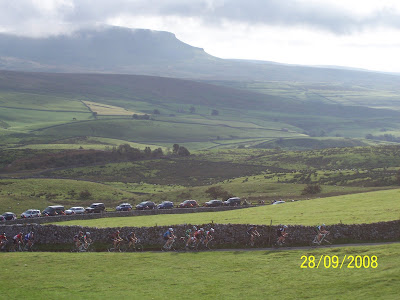 Less than one calendar month till the 3 Peaks but my conflict has been in full swing for some time now – normal cross vs Peaks. Whilst the Peaks is cross, it certainly isn’t cross as we know it, Jim. It is utterly unique, combining skills sets that borrow heavily not just from cross but from mountain biking, fell running, even time trialling…… The struggle is in training for a one-off 4+hr (for me) event with all these skills when, as a cross obsessive, the calendar is demanding concentration on a sub 1 hr blast over relatively amenable parkland surfaces.

I was attracted to the Peaks from a cyclocross background – back in the early 90s when I first came across the race it seemed it was something that you did as part of your cross season. Why? Because most others did as well. Since then, the Peaks has welcomed mountainbikers, runners, road riders, adventure racers and more to the party and it no longer feels the sole preserve of the cyclocross community. And it is all the better for it.

I enjoyed relative success in my first Peaks in 1991, ending up 14th and 1st newbie. No course recces, no prior knowledge – just some useful tips and mentoring from Zodiac clubmates and Peaks stalwarts, Keith Broadbent, Ian Small and Neil Orrel. A year later, forewarned and forearmed, I improved to 10th. But that is where it finished – the following year was a DNF and it was 12 or so years before I started cycling again, re-entered the Peaks, only to DNF again. Must try harder…..

Reflecting the other day on those rides in the early 90s, I realised what a long way the Peaks has come, and in many ways how much ‘bigger’ a race it has become. Looking at the standard of rider required to finish in the top 10 these days, it has become clear that as more Peakistas have come along to join the ranks of the out and out crossers, that the standard has shot up – particularly in terms of the depth of the field. Put it like this, nowadays there are some very talented riders (myself definitely not included!) finishing outside the top 10. This is not to take away from the acheivements of former winners like Tim Gould and Fred Salmon who were winning impressively around the time I was riding, nor others competing at that time. However, the race simply has got harder, in my view. Call that the Jebb effect, or call it what you like!

I’m back to ride the Peaks again this year, after a slightly chequered relationship over the last few years. The draw is there, strong as ever as the race exerts a unique pull over its participants. For me it manifests itself as a combination of fear and excitement, as it is never a race to be taken lightly, but one which rewards particpants more than any ‘mere’ cross race. And the conflict? Whilst the first cross race of the season is under our belts here in the NW, and the need for turbo sessions of short intervals all very well, they are of little use when staggering up Simon Fell whilst you fight for grip underfoot. Peaks specific training is where it is at right now and where you’ll find me over the next few weeks leading up to the 27th, lugging my bike up and down the local fells, trying to harden up that right shoulder. See you at the end of September!