The Three Peaks Cyclocross would rarely see revolutionary changes to its organisation. That’s the type of event it is, but looking back it’s also not been scared to change. Each year, something different is tweaked or brought into the mix with organisation to enable the race to subtly evolve over time and adapt to the needs and demands of the riders, organisers, landowners, or indeed any stakeholders.

The 2010 race sees very little change in structure from 2009, but a few subtle differences are already there.

Times they are a changin’ 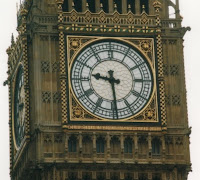 As all of you entrants will have noted in careful detail, in the Regulations and Instructions for Competitors, there is a slight shift of the start time this year.  A 9:30 start for all competitors will mean a slightly earlier morning for us all, but also that we all should be home that little bit earlier.  Speaking to John Rawnsley last night, John hopes that this, combined with a change in the timing system, will help to bring forward the presentation time significantly, meaning less hanging about after the finish.

Last year’s timing system (with ankle transponders) has been ditched after it led to some petty but annoying delays in confirmed results after the finish.  The slightly more manual wrist-mounted ‘dibbers’ will be back in
2010, and the Sportident team – whose results system seems better-drilled, will ensure that results, and the associated prize presentation – are quicker this year.  A 2pm cut-off time at Horton (start of Penyghent) will also ensure the whole race is over quicker.

Those of you after that PB in 2010 by a few seconds will need to note that there are two extra ‘controls’ in 2010. The Mountain Rescue people have requested that people are ‘counted off’ the mountains, so we’ll need to present our wrists to the dibbers at Cold Cotes and at Ribblehead.  By my calculations, you can add 15 to 30 seconds to your 2009 ‘ankle transponder’ time (shocker!) – but it’s obviously the same for all of us and is well worth knowing that it’s reliable.  Will be interesting to see who gets their wrists into the dibbers first after any sprint finishes 😉

There will be no reserve list in 2010.  With some 600 people on the initial start list (to be published to the official 3 peaks site soon) there is simply no need – we should easily see c. 500 – 550 people on the start line come September. Reserve lists are nothing but hassle for the organisers and I can well understand this.