Andy Peace said last year [of race winner Rob Jebb]: ‘he could be riding a Raleigh Chopper, he would still win’

This one seems to cause debate every year – particularly after the race. I’m still not sure why – I do know that cyclists are prone to making excuses for their performances (I’m one of them after all) but it seems that bike changes in the Three Peaks are a strange thing to ‘pick on’.

I shouldn’t need to explain that the Three Peaks is a cyclocross race run under the rules and the spirit of cyclocross. Cyclocross is a sport where it is normal and perfectly sensible to change bikes. Come and watch us in a national trophy or national championships and, on the muddier courses, our people in the pits are working overtime cleaning the bikes one a lap and making sure that we have no excuses for poor performance. At the upper end of the Three Peaks, it’s just the same, but being a specialist event, it’s not hosing down that’s important, it’s getting the right bike for the right bits of the course.

The rules state clearly that cyclocross bikes must be used. This includes amongst other things, tyres, wheel sizes and frames. By explanation, it’s worth noting that in the early 90s, some people elected to use Mountain Bikes and some people used full on road bikes with disc wheels and tri bars in some cases. This wasn’t in the spirit of cyclocross and so a simple ‘cyclocross bikes’ rule was introduced (mirroring the UCIs definition of a cyclocross bike) .

Having been asked how I do the three bike thing, which I’ve done for the last couple of Three Peaks races I wanted to write a quick article to show the subtle differences between the bikes, and how having this strategy helps – not just in terms of mechanics but in terms of morale.

As you’ll see, you require two sets of helpers but they use the busy road sections less and not at the peak times, so there is paradoxically less effect on road congestion.

So… the differences between the ‘ideal’ three bikes (above): 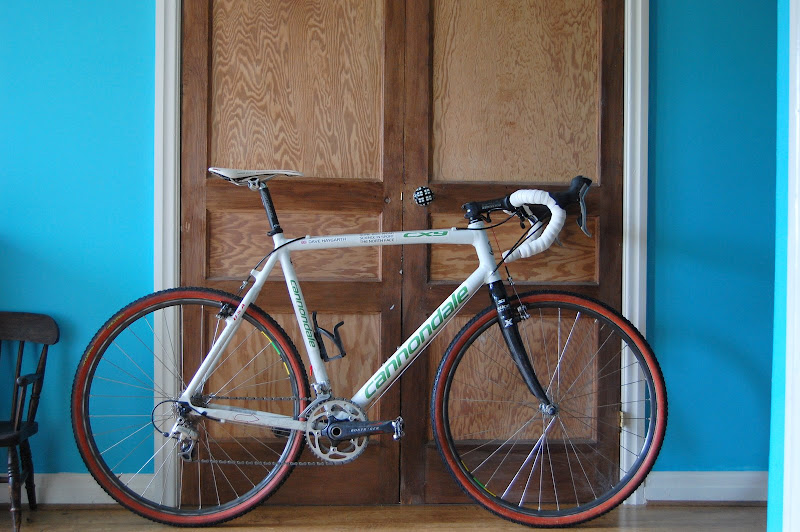 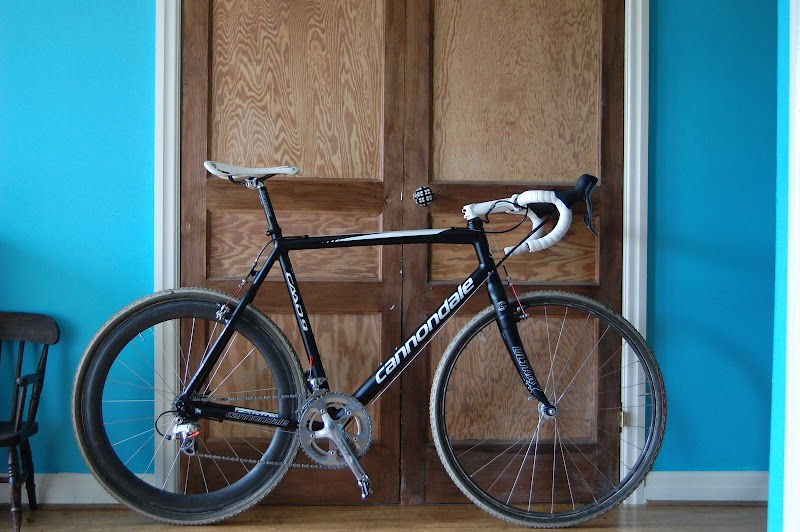 and… to carry in pockets

So what about the morale?
It’s simple really – it’s one thing knowing that you’ve got a puncture or had a mechanical, but when you know that you have another bike waiting and you don’t ‘need’ to fix the bike you’re on, you can use the changes as mental fodder. In 2006, I flatted coming down Whernside, but because I knew I didn’t need the bike again after (and I was on a cheap wheel and tyre!) I just rode flat out on the flat tyre to my next bike. Lost a bit of time but not as much as if I’d had to change the tube and re inflate. I was surprised how the rim was still okay too really – managed a winter’s commuted out of it afterwards!

But what difference does it make?
It makes none. Well – I’m sure on a good weather day, the ‘road’ bike will help shave a few seconds off – especially when there’s no peat grating in my chain along those climbs, but it’s more an insurance policy than a speed enhancement trick. Plus, very significantly, I’ve got three cyclocross bikes. Cyclocross is my love, and I don’t have many other indulgences. The white bike gets its mudguards and road wheels back on for 11 months again on 28th September, and tows a trailer bike to school with my Lily on the back. Keeps its powder dry for its exciting day out once a year.