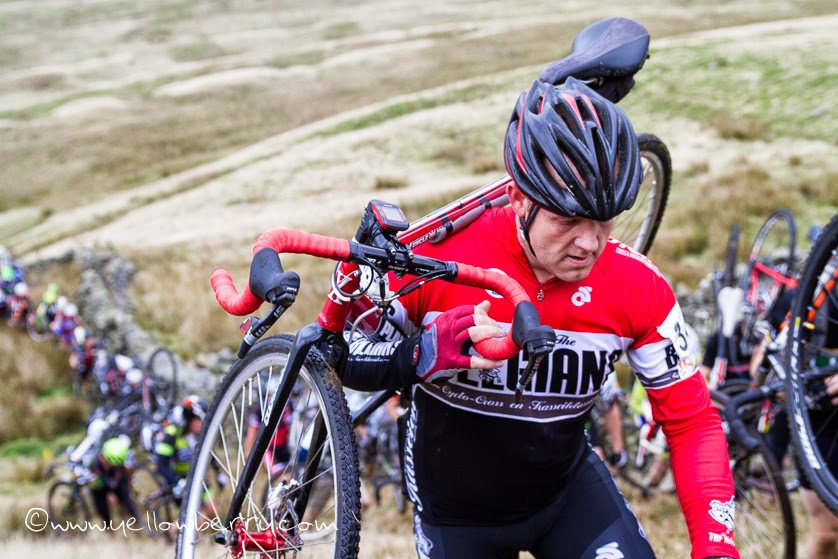 “These are less than half of the pictures we took but include what we thought were the best ones of everyone. They are in chronological order but taken on two cameras that were synced about 40secs apart (so you may see several other pics between ones of the same rider). They have been edited in a hurry; any purchased images will be redited. They were taken on the steepest section of Simon Fell and on the flatish section of the track up Pen-y-ghent before Horton Scar.”