It’s 20 years since my first 3 Peaks and you’d have thought things were going to go really well when I got to the top of IGB, Down to Cold Cotes, and on to Chapel le Dale faster than I’d ever done before… but it wasn’t to be.

The descent of the north side of Whernside went well and I picked off half a dozen riders, but as I crossed the stile at the top of the faster track over Blea Moor, I felt a soft back tyre. It was flat in 20 seconds and then two minutes later my front was flat.  These are the same tyres and wheels that I rode in 2012 on the same mountain descent and at the same pressure, but I suspect the lightly drier year had meant that I’d taken a couple of risks too many and the slams against the rocks had got the better of them. 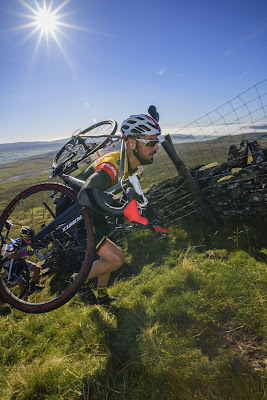