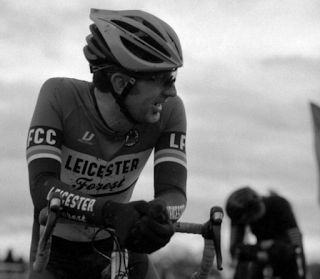 Andy Ward is one of those people who have always had the 3 peaks on his bucket list and although an accomplished and experienced rider, 2015 will be Andy’s first 3 Peaks.

Needing a steep slope to practice on and being on ‘only rolling’ Leicestershire, Andy was directed to the local historic monument of Burrough Hill Fort.

On the face of it, an unlikely location for hill reps, the 2000 year old embankments provide plenty of opportunity to toughen my shoulder and strengthen my legs. An Iron Age Fort for calves of steel! Poring over the map I’ve created a tough training loop, with rutted bridleways and field tracks mixed with rolling road sections to get me to the hill. Two weeks in and it feels like progress is being made.